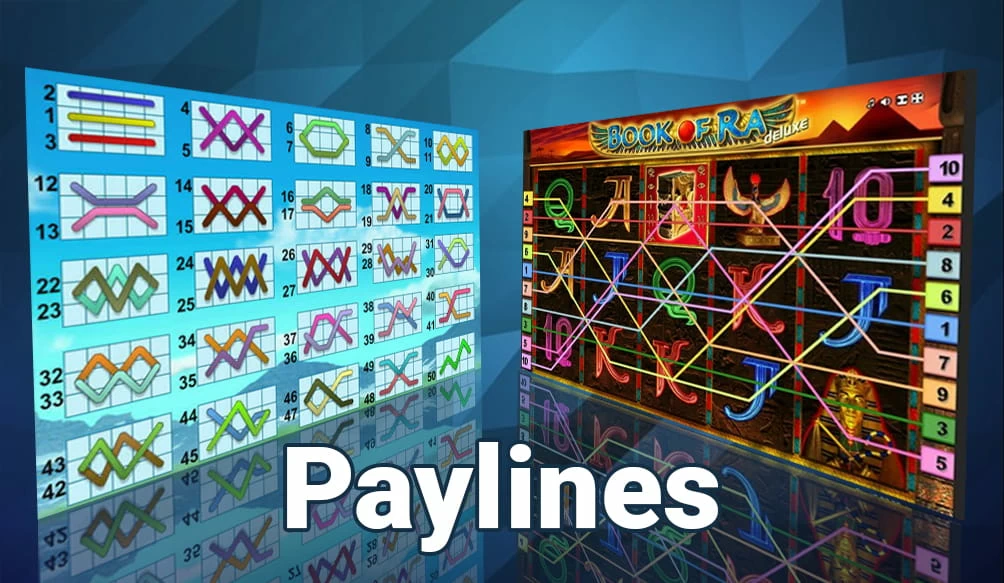 The most important aspects of any online slot game are paylines. Essentially, they are in place to determine a payout based on the corresponding symbols. You can’t see a payline – they’re invisible when a spin takes place, but we need to know they’re there.

Paylines can come in many forms when playing at an online casino – they don’t need to be straight lines and can appear diagonally, and on occasion, there will be irregular patterns involved. In this guide, we’ll walk you through all the factors of these essential components as you continue your journey to becoming a casino guru.

What is a Payline?

Anyone who has played slots online should know that the goal in the base game is to match symbols to win a cash prize. When we match these winning combinations, we match them on a payline. As mentioned above, we cannot see these paylines at the start of a spin, but when we secure a matching combination, the slot machine will draw a line to clarify which payline triggered the cash prize.

The most common payline is placed right in front of the center. In fact, many early slot machines, before the digital revolution, only carried this one payline. We are talking about the very first slot machines in the physical world, where the object was to line up fruit symbols in the middle.

Very occasionally, you will still see this with online slots. Double Diamond from IGT is a very simple slot machine with a set of stripped reels and a single payline – right in the middle. Double Diamond is more the exception than the rule, and as we’ll see when we go through this guide, there are usually plenty of other paylines that can be found.

How do Paylines Work?

The traditional way to align the corresponding symbols is from left to right. We don’t need all five positions on a 5×3 reel grid to match, and in the majority of cases, a set of symbols on reels one through three will suffice to trigger a cash prize. The more matches we get, the higher the prize, and on this set of 5×3 reels, a match of 5 of the highest value icons is set to land the overall jackpot.

Left to right is the norm, but there are a few anomalies as with all aspects of slot gameplay. The developers of IGT slots have an option in some of their games known as Multiway Xtra. It’s featured in titles like Wheel of Fortune Triple Extreme Spin and Siberian Storm – both the regular and MegaJackpots versions.

In these games, the winnings can be aligned from right to left as well as from left to right. This has the effect of dramatically increasing the number of ways for players to win, and in both of the above cases, there are now 720 paylines in play.

Right-to-left winning combinations can be found in other slots games, but they tend to only appear in bonus rounds. They can be a lucrative addition to any location, so watch out for these anomalies.

Other Ways to Win

The casino slots developers who provide games are constantly on the lookout for new innovations: there are thousands of titles available, so why should you play one title over another? The NetEnt designers are among the most creative, and they have produced a revolutionary slot component known as the Payroll Cluster.

Slot machines that feature this feature are usually laid out on a 6×5 grid, and they completely remove paylines. Instead, players are required to land nine matching symbols on this grid, and a cash winner will be awarded.

Look for slot machine titles, including Legend of Shangri La and Aloha. Remember that all Unibet slots games can be played for free on a demo basis. Look for a cluster payment niche, and you can test it out to familiarize yourself with this quirky format.

Another less common method is known as All Ways. In this example, the symbols can line up on consecutive reels, but they do not have to line up. Consider one of the many slot machines that use images of playing cards as part of its base game symbols.

With an All Ways payout, you could have an Ace at the top of the first reel, followed by a second Ace at the bottom of the second reel. Finishing the match is another Ace in the middle of the third roll. On a fixed payline, that’s not enough to win, but with All Ways, a cash prize is on the way.

One point to check here is whether you need to increase your stake in order to activate additional paylines or an additional feature like Multiway Xtra. Full details about this should be provided in the paytable and on the slot machine game reviews.

How to Bet on the Paylines?

The majority of players may want to place bets on all paylines. This option should be a default setting on all slots, and in general, a full bet will be displayed. As an example, we will use a UK player with GBP as the preferred setting. They are playing Koi Princess – one of our most popular slots, which have 20 fixed paylines in play.

It is possible in most casino slot machines to restrict the number of working paylines. This is not an option that many players will take, as it will always be frustrating to see high-value matching symbols land on a line that is not in play. However, if we remember that in most cases, the jackpots will only trigger for matches along the centerline, we can see why this approach could be taken.

Whether or not to bet on certain paylines is entirely up to you, and again this is where demo play can come in very handy. Play the flash version of the slot machine you are interested in, and you can play with the bet button, adjust amounts and withdraw paylines whenever you want. Everything is free and just for fun, and you don’t even need to have a Unibet account, but it’s a perfect way to get used to the game before you tackle the slot machine with real money.